The Hidden Art is a show created by head member Natalia of The Dancing Fire in 2010. The first show began in Memphis, Tennessee at a warehouse type venue in the downtown area. In conjunction with local mixed media artist, Lori Butler, the show incorporated both physical art work and visual art in performance. A focus on Egyptian culture and dance marked the beginning of the Hidden Art series. Egyptian theme paintings surrounded the entryway of the venue and sparkling blue and gold fabric adorned the walls of the gallery on Madison Avenue. The stage show consisted of fire dance, belly dance, fusion, live drums and guitar, and many surprises. Fire has movement of its own, even on the wicks of many different props such as fire hoops, fire staves, fire fans, and torches. The beauty of fire is really amazing in correlation with costume, dance, and music. I created the name, The Hidden Art, to portray a show that was one of a kind, unique, and mysterious at the same time. I wanted to show the Memphis community the many types of art that were “underground” or not as well known in the area. Fire Dance was a new performance art in Memphis at the time, and we were the only professional performing group. I wanted to show Memphians something new- {something they had never seen before or maybe had not known much about}. The finale piece was one of the most beautiful moments of the show- live darbuka players, djembe players, and a guitar player fused the sounds of belly dance music with the Memphis blues.
After the success of the first Hidden Art, the show moved onto a more notable venue- the Memphis Rumba Room on downtown main street. The Hidden Art II still carried the themes of belly dance music with fire dance, tribal music with belly dance, and so on. The acts became longer and the amount of audience participation grew- with even a circus style magic act by one of our own performers and aerial acts. The all ages show took full force and our fans were begging for more. We continued to create the show at the Memphis Rumba Room on a monthly basis. The fifth segment of our series was called Ignite Your Night. The focus was now on a variety of different genres of music. Fire Dancing to many different genres of music is one of our specialties. The show took a break in August of 2011.
In January 2012, we were ready to embark on a new part of our hidden art series. The 6th show was a fusion of fire dancing and Rock N Roll music. Rock n Roll on Fire was the first ever fusion of Rock N Roll music with professional fire dancing. Memphis is the birthplace of Rock N Roll music and Elvis Presley. It was most appropriate to create a show that captured the history of our city and our unique performance art of fire dance. Our “dance” is a fusion of belly dance technique, tribal technique, jazz, hip-hop, breakdance, and many more styles of dance. Our fire props do not define us, but only make what we do a lot more interesting. Rock N Roll On Fire was marked with tracks such as “Renegade” by Styx, “Katmandu” by Bob Seger, “Yellow Submarine” by the Beatles, “Black Betty” by Ram Jam, and “Foxy Lady” by Jimi Hendrix. The Dancing Fire took rock n roll music to a whole new level with incorporating fire dance.
The last 2 shows in the series, although different names from The Hidden Art I, II, III, IV, were named to draw our audience to our new creations. The Hidden Art became something more than a show, but a way of performance for our group. In every performance we do, we continue to fuse together many different styles of dance, music, and art forms. We are a unique performing arts group with a passion for what we do and the ability to create anything you can imagine. 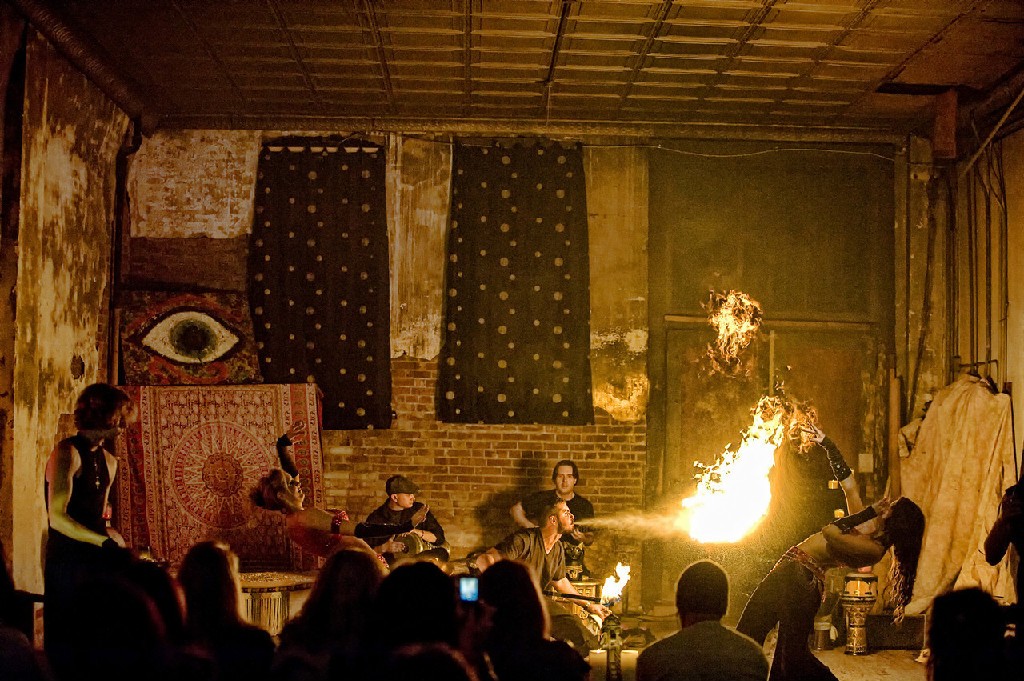 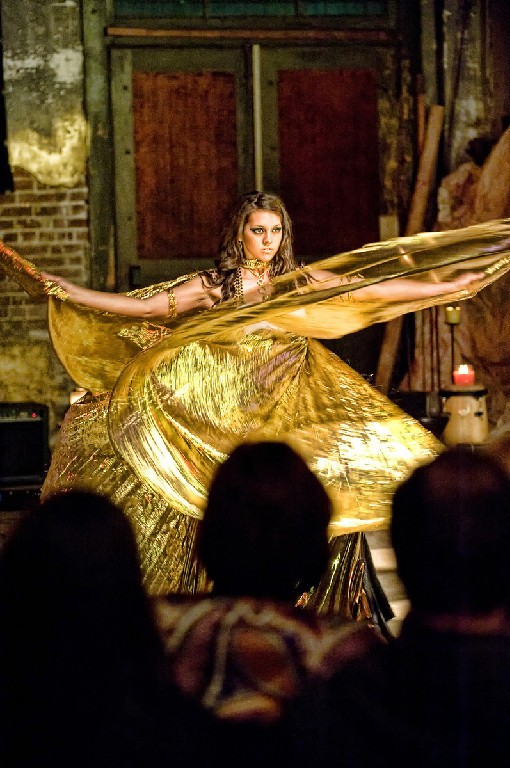